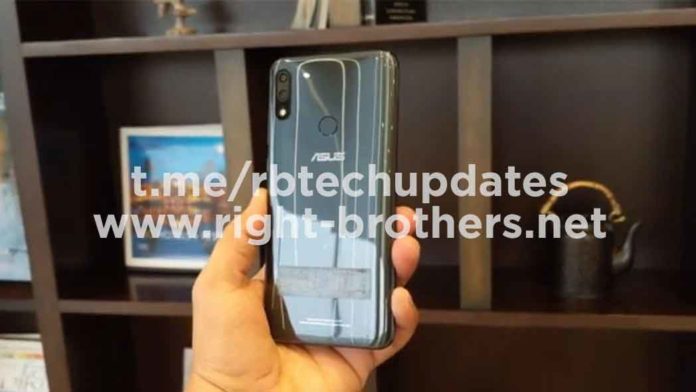 Many rumors are on the web shows the Asus Zenfone Max Pro M2 with the triple camera setup on the rear side. But, here we are with the news that might disappoint you especially the Asus Zenfone lovers. Today, the review video of Asus Zenfone Max Pro M2 has been spotted on the YouTube which was uploaded by the Abhishek aka Gadgets To Use. It seems the video published on the wrong time or by mistake. So, later on, the video has been removed by him. But, we got something interesting for you here.

Earlier there was a rumor on the web that device might come with the triple rear camera setup. But, I am sad for all of those who are still thinking this. It was just a rumor. The Asus Zenfone Max Pro M2 will have the dual rear camera setup. The Gadgets To Use video has covered up some juicy information and one of our official Telegram channel members, Sudhir Bhagat has shared some screenshots with us from that video.

So, as you can see in the image, the screenshot has been taken from the official video of GadgetsToUse. It shows the dual camera setup on the rear side. According to him, the camera uses Sony’s IMX486 sensor which promises to provide better results compared to the Asus Max Pro M1. Further, if you look at the device closely you might think that there is glass over the back but in actual it is plastic material which will provide the premium look and feel.

Coming over the front side, you will get a smaller notch on the top as we have seen in earlier leaked renders. Max Pro M2 sports 6-inch IPS Display having FHD+ resolution. The company gives Corning Gorilla Glass 6 protection. The video has covered some interesting details includes, the Asus Max Pro M1 has 5,000 mAh battery and users well quite happy. So, with the Asus Max Pro M2, the company has not planned to move backward. It will have the 5,000 mAh battery to stay long last and out-of-the-box it will run over Android 8.1 Oreo.