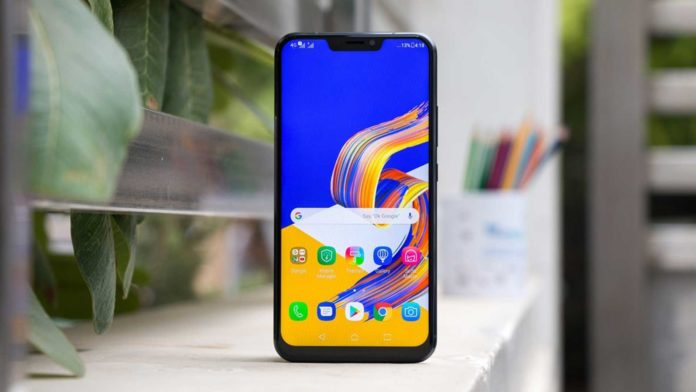 In the previous year, Asus launched three devices under the Zenfone 5 lineup. For now, rolling eyes over Zenfone 5Z which was flagship one among the all three. Asus Zenfone 5Z packs Qualcomm Snapdragon 845 chip under the hood and so, we can arguably expect Snapdragon 855 in its successor. For now, calling it Zenfone 6Z. A new benchmark score appeared on Geekbench browser which allegedly shows Zenfone 6Z performance.

Now, firstly, we would like to take everything as a pinch of salt. Because to play with names is easy like to make a cup of tea. So, the device spotted on Geekbench browser listed with the name asus ASUS_I01WD. The benchmark has been done using Geekbench 4. 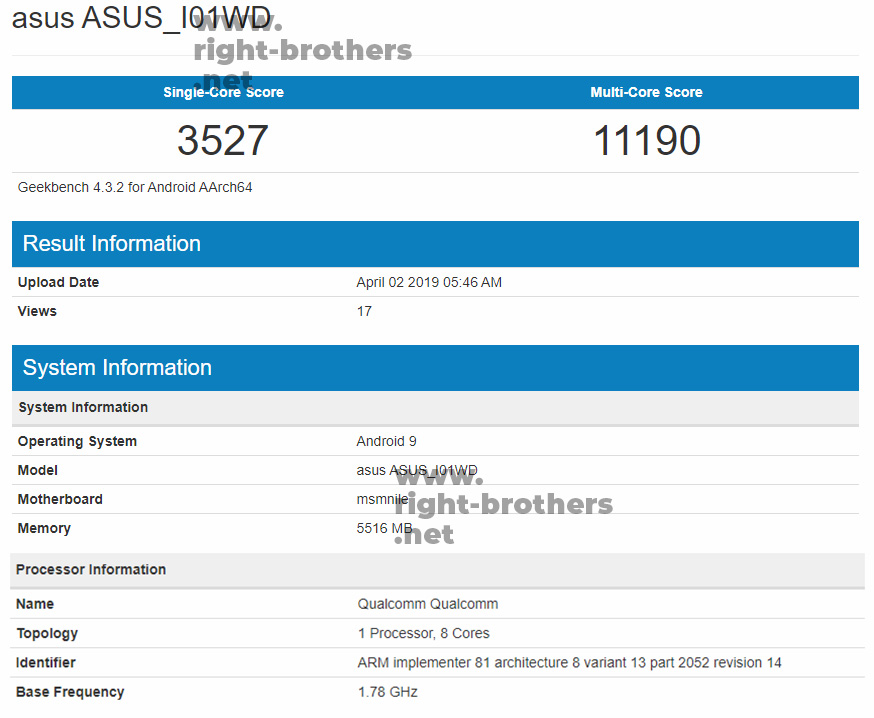 As per mentioned in the result, the device is packed with ‘msmnile’ motherboard. Just in case if you don’t know, msmnile is a codename of Qualcomm’s Snapdragon 855 chipset. So, you can expect the alleged Asus Zenfone 6Z will be arriving the flagship SoC under the hood which will clock on base frequency of 1.78GHz. Furthermore, the prototype has 6GB of RAM. With the Snapdragon 855, the device managed to get the 3527 score in single core and 11190 score in multi-core. Well, it is impressive though.

Recently, a device with the same model number ASUS_I01WD made an appearance on NCC (National Communication Commission) in Taiwan. And before that, it passed Wi-Fi Alliance certification. We also went through its official advertisement that was earlier spotted in the magazine was showing the launch date of the Zenfone 6 series. The Zenfone 6 lineup may be coming on May 16. Just like the previous year, you can expect Zenfone 6Q Lite, Zenfone 6 and Zenfone 6Z.