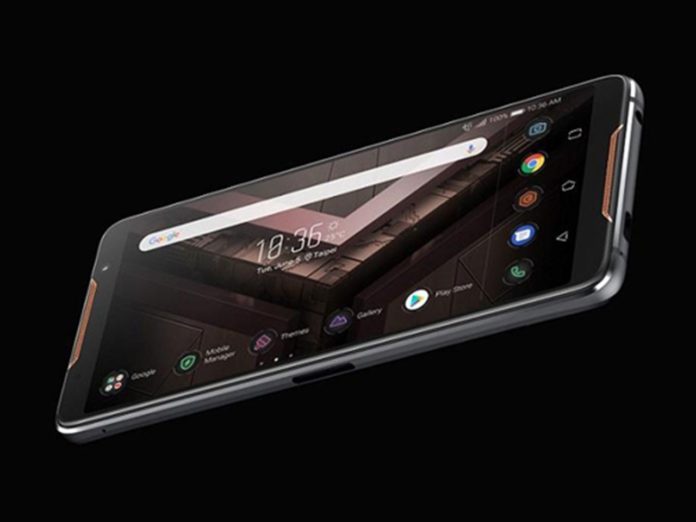 The Asus ROG gaming smartphone was first showcased at ComputeX event held in Taiwan. Like the other gaming handsets which Razers and Xiaomi have launched earlier, Asus is packed with the extreme high internals as well as the high-tech cooling system. Well, we have shared the Geekbench score of this device. The numbers are insane and show this device more powerful than any other phone in the market running on SD 845 chip.

The company had made an announcement at ComputeX event that device is not coming in all countries including India. The gaming monster was supposed to stay Taiwan exclusive. But, now no anymore. The India launch of Asus ROG device is tipped by the Asus’s CEO Jerry Shen during the launch of Zenfone 5Z. With some disclosures, he hinted that the device will be launched to India in the third quarter. Further, he added that the device will have the higher price tag compared to the Zenfone 5Z which start at Rs. 29,999.

Majority of smartphone manufacturers don’t announce their mobile phone without doing the market survey. It clearly makes no sense to manufacture a smartphone where there are no people shows interest in such cool tech. We have seen in case of Razer and Xiaomi Blackshark device. None of these smartphones have made the entry into India. While the Asus ROG will be the first ever gaming smartphone making Indian launch.

Asus ROG is packed with the Snapdragon 845 chipset. The device is dedicated to gamers and so, the SoC can clock up to 2.96 GHz that gives the turbo boost to the internal components to run the game having higher graphics and we know heat has not friendship with performance. So? To absorb the excessive heat from the chip and keep it faster, Asus has adopted a new way. The device comes with the copper heat absorber on the motherboard which is connected with 3D vapor chamber. Further, it also comes with the AeroActive cooler which provides even more cooling.

As I have mentioned earlier the CEO has already given us a hint that the phone will be priced higher compared to the Zenfone 5Z. After learning the various sources, I came on the final possible price tag that Asus ROG could get for India. And it is around Rs. 50,000. There can be variation in price. But, it could be around this number.

Join our Telegram channel and Subscribe to our Newsletter for headlines, phone news, and quick updates!