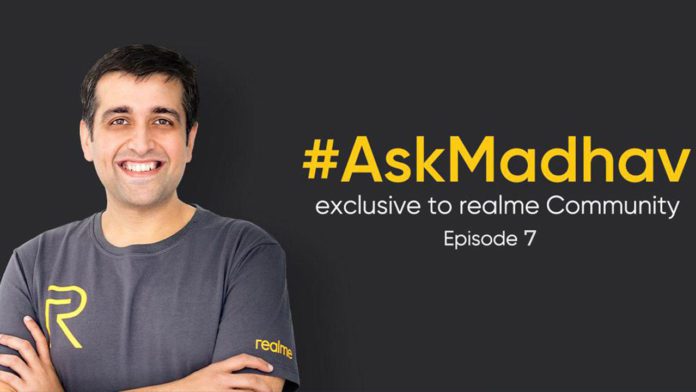 Realme always been working on new features to bring in ColorOS. With fewer smartphones, the company is now the fifth leading smartphone brand in India. The strategy of Realme to connect with the users in real-time by answering their question seems working quite well. So far we have seen a total of 7 episodes including a new one of AskMadhav on official Realme YouTube channel.

Well, this time also among all question, I have sorted out four interesting questions. And I guess there is nothing worth in the video except these questions. All other questions are seems repeated like OTA updates are not rolling out properly, Realme theme store features, etc.

Dark Mode in ColorOS is on its Way

Ever since Dark Mode came in the light first by Google, people are just loving it. If you are using an OLED screen smartphone, the dark mode would your first choice to get longer battery life. Now, smartphone OEMs are already working on Dark Mode to implement in their custom skins. And the recent example is Xiaomi who implemented Dark Mode in MIUI.

Realme has introduced redesigned ColorOS 6 earlier this year. However, many of the users are asking for Dark Mode. Madhav Sheth confirmed the Dark Mode in ColorOS is in works and it will soon arrive in upcoming ColorOS OTA updates. Furthermore, he also confirms it will be available on all the Realme devices. However, there isn’t an exact timeline yet. But, as it will come, Realme will officially share it via forum and Twitter handle.

Remember that 64MP camera images Madhav Sheth shared earlier from his official Twitter handle? Yes, it is currently in works. Without sharing more information, Madhav Sheth said, “the best camera experience is on your way.”

Realme’s upcoming 64MP camera phone is rumored to be India’s first smartphone to have a 64MP camera sensor on the phone. The phone will feature quad-camera system on the rear-side including a 64MP sensor. I guess you went through the earlier teased image of Realme’s quad-camera phone. If not, nothing to worry about, I have attached below.

With ColorOS 6, Realme added a new camera user interface for devices. However, there are some devices which still lacks this. And Madhav Sheth confirmed in future updates the same Camera UI from Realme 3 Pro is coming on older devices as well. Further, a new feature called ‘time-stamp’ will be added in the camera. It will add a time and date stamp on the image so you can know when the photo has been clicked.

As confirmed by Madhav Sheth it will be implemented in ColorOS’s Q3 update. So, we are not so far from the update.

Realme has changed the strategy of an update a little bit. Till now Realme has rolled out more than 50 updates of ColorOS. The company has now promised to roll our stable update within 20 days of beta build release. So, now, users will get more frequent updates with new features implemented.