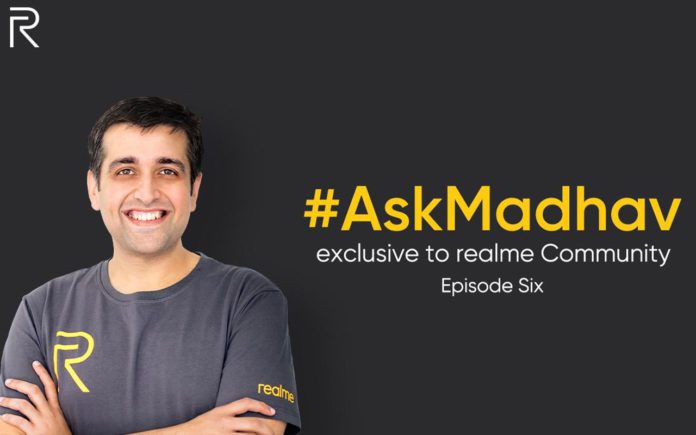 The strategy of Realme to connect with the users in Realtime by answering their question seems working quite well. So far we have seen a total of 6 episodes including a new one of AskMadhav on official Realme YouTube channel where Madhav Sheth himself answers some interesting question asked by Realme fans.

Well, this time among all question, I have sorted out four interesting questions which I was personally waiting for his answer. And I guess there is nothing worth in the video except these questions. All other questions are seems repeated.

Realme 3 Pro Kernel Source will be made available on Github by the end of this month. So, we can say within 3 days. Without the availability of its kernel source, it’s not possible to start the development of Custom ROMs. You can try out GSI, if available any, but the process is quite more complicated than flashing a custom ROM.

ColorOS is like topping on the cake of Android Pie. New ColorOS 6 tastes not so much better compared to previous generations. And people are having complaints regarding its user interface.

There was news earlier that Realme is working silently on its own new custom OS. Right now you can call it RealmeOS. The name doesn’t matter though. But, it would most probably become near to the stock OS. For example, you can say like OxygenOS which has some necessary tweaks rather than having a fully customized user interface.

Madhav Sheth hasn’t revealed much of information. But he confirmed that the company is indeed working on it and once it will be ready, Realme will launch it globally for their Realme devices.

Since new mid-range premium flagship Realme X has made debut in China, people are eagerly waiting for its Indian launch which is not yet confirmed. Madha Sheth earlier left a Tweet from his official Twitter handle that it would price around Rs. 18000 in India. Although, another limit has been added by Madhav Sheth in recent AskMadhav episode.

Realme X would get a price tag in between Rs. 18,000 to Rs. 20,000. You can say the base model would start from Rs. 18,000 while increasing price according to different configurations. The device is rumored to get Snapdragon 710. But, worth to wait instead of believing on rumors.

Android Q Coming to Other Realme Devices as Well

Realme is one of the companies to get the taste of Android Q first. And Realme 3 Pro is the one device to get the Beta update. Except for Realme 3 Pro, the current Android Q beta is not yet available on other Realme handsets. Madhav Sheth shared Realme team has been working on to bring update for other handsets as well. Although he hasn’t revealed exact information like will it be a Beta update or so. Also, which devices are getting it. But, you can always stay updated by following us on Facebook and Telegram.