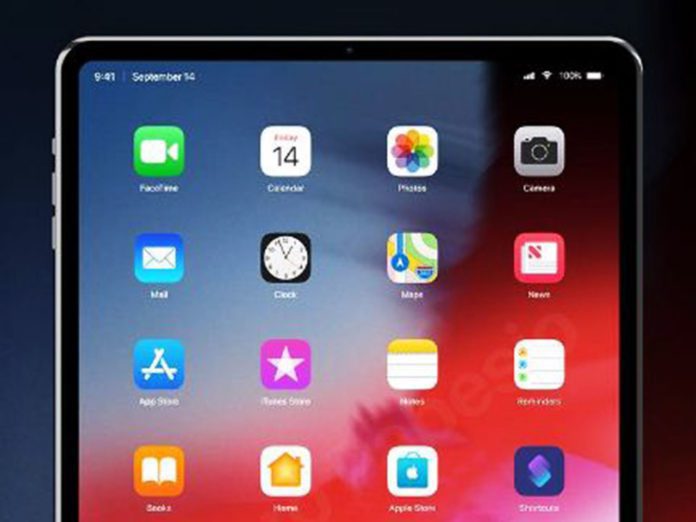 Apple has introduced its all-new iOS 12 at Worldwide Developer Conference. The new iOS 12 is not focused on the changes but it is focused on the speed. As the company claims in newly designed iOS 12 update iOS device will become more quick and responsive than before. We have seen leaks of new upcoming three iPhones with Apple’s signature design. Further, the company will also launch its new gen iPad and be taking look at the rumors, it could come with the highly reduced bezels.

Earlier we have seen in our article, the company itself gives us a hint by launching iOS 12 for iPad having the same gesture as the iPhone X has. In new iOS 12 for iPad, the user can now swipe down from the top right corner of Control Center and swipe anywhere in the bottom to get back on home. To get the recent app, swipe up from the bottom and hold for a second. It clearly shows us that company has plans to launch the bezel-less iPad with no home button on the front.

Later on, a beautiful mock-up created by the Álvaro Pabesio that suggests us a design of next Apple’s iPad Pro running on iOS 12. The size of bezels is reduced compared to the existing Apple iPad Pro. Further, there is no home button. This year rumor mill has done really good work. Majority of leaks were right and similar to the exact designs. Previously surfaced images of iPad Pro also shows us that it could have a notch on the front similar to the iPhone X. So, this makes me feel like we are now at the point where it is difficult to say anything about that.

Of course, the iPad will be packed with all those features which we have seen in iPhone X including Animoji, Face ID, and the newly unveiled Memoji because it will come with the all those hardware components placed inside iPhone X. Let me know what do you think about this design of the iPad.