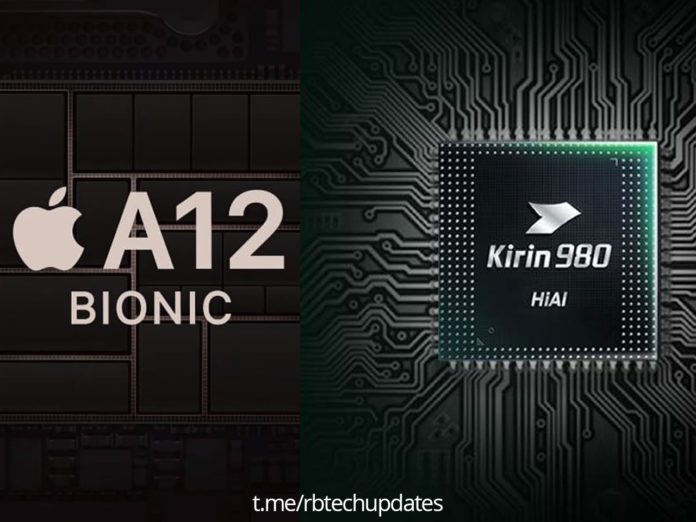 Apple recently launched iPhone Xs Max, Xs, and Xr with the brand new Apple A12 bionic chip based on 7nm technology. Which makes it the first ever smartphone that has 7nm chip inside. A12 Bionic is crazy fast and Apple claimed that this is the fastest chip available in the smartphone. Talking about the Huawei, Company launched the Kirin 980 a month back and now the smartphone is all set to arrive this month. Kirin 980 is said to be the most powerful chip by the spokesperson of Huawei.

Well, The Benchmark scores are already out for both the device running on their latest chip. Both the chips are fabricated on the 7nm Technology.

iPhone Xs Max wins in the single core by the huge margin and Mate 20 Pro was able to reduce the gap in the multi-core score but it still lags behind the iPhone Xs Max performance. 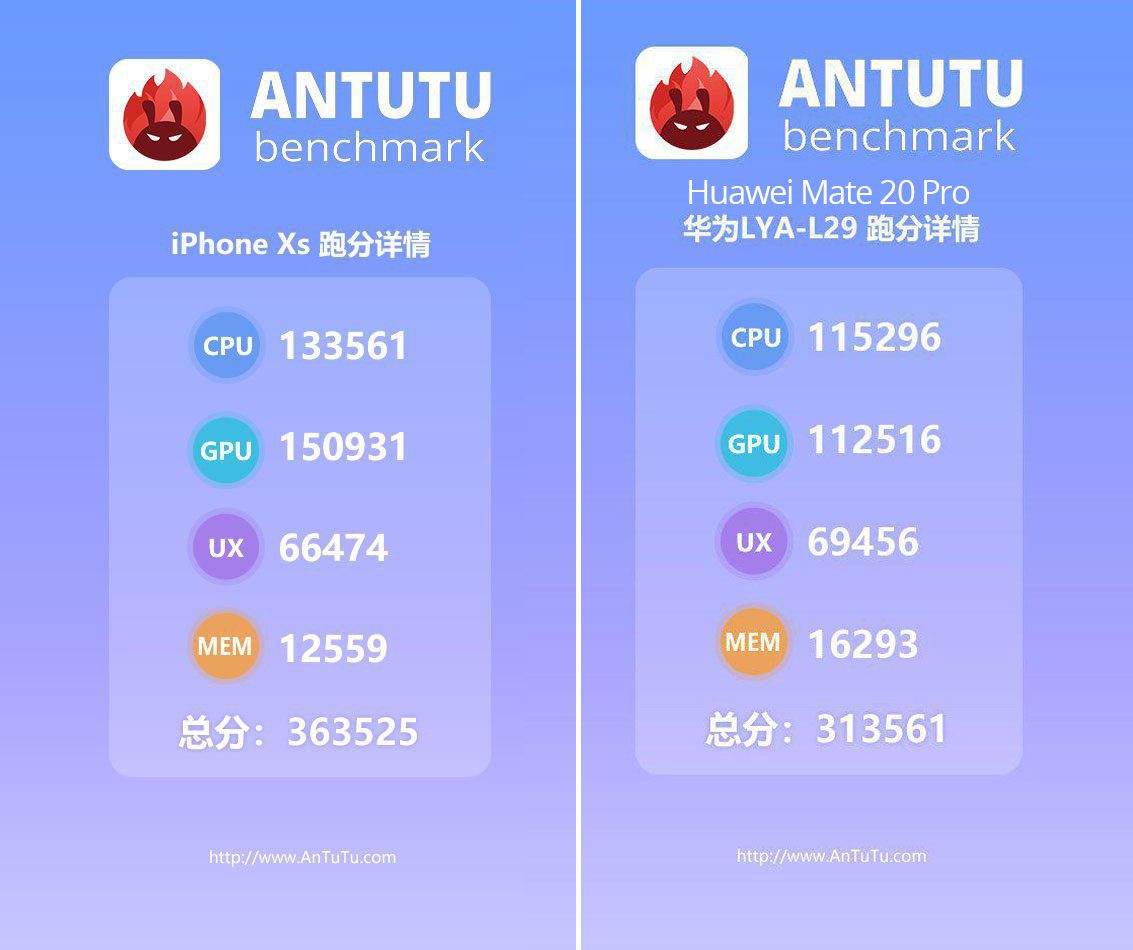 A12 still leads here and Kirin 980 stays in the second position. Kirin 980 was able to get the good scores comparing to the last year’s chip. Kirin 980 is the second most powerful chip after the Apple A12 chip, proves this benchmark result.