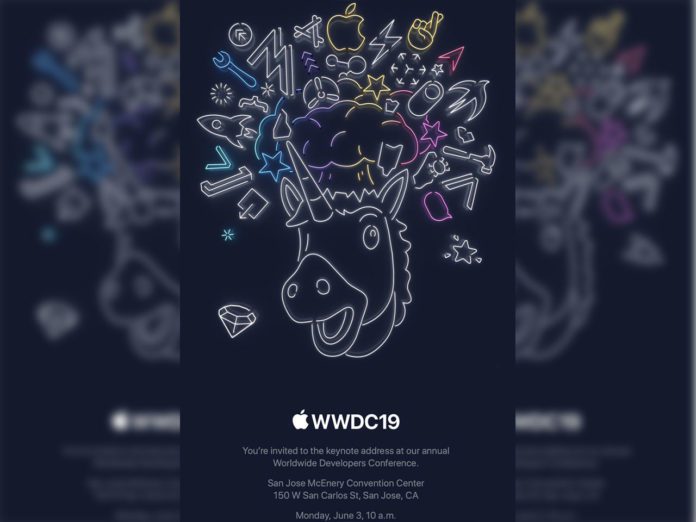 Today, Apple sends out media invites for the keynote which will take place on June 3, 10:00 AM Pacific time. The event will take place at the McEnery Convention Center in San Jose, California.

Apple to announced iOS 13, MacOS 10.15, WatchOS 6, and tvOS 13 at WWDC. Apple will give us a first look at the new version of its operating systems.

Apple to announce iOS 13 with a refreshed design and new features at the WWDC event. The company is rumored to bring the new feature called the Dark Mode to all the Apple devices with iOS 13. Apple recently removed iPhone 5S, iPhone SE, iPhone 6 and iPhone 6 Plus from the iOS 13 update so don’t expect to get any more updates on your old iPhones.

Apple will introduce WatchOS 6 for all the apple’s watch that will bring new features like dedicated App store, New watch faces, new health-related apps and more…

The new MacOS 10.15 is expected to arrive alongside iOS 13 and WatchOS 6. It will reportedly bring cross-platform app project, split up iTunes, and new software for using an iPad as a second display.

Rumors suggest that Apple will bring its high-end ultra-powerful machine Mac Pro at the WWDC which is under development. While we are not so sure about the hardware launch and the company may delay it to a later date.

WWDC tickets were priced at $1,599 and those who didn’t get the chance to buy one can also watch the live stream on Apple’s website.