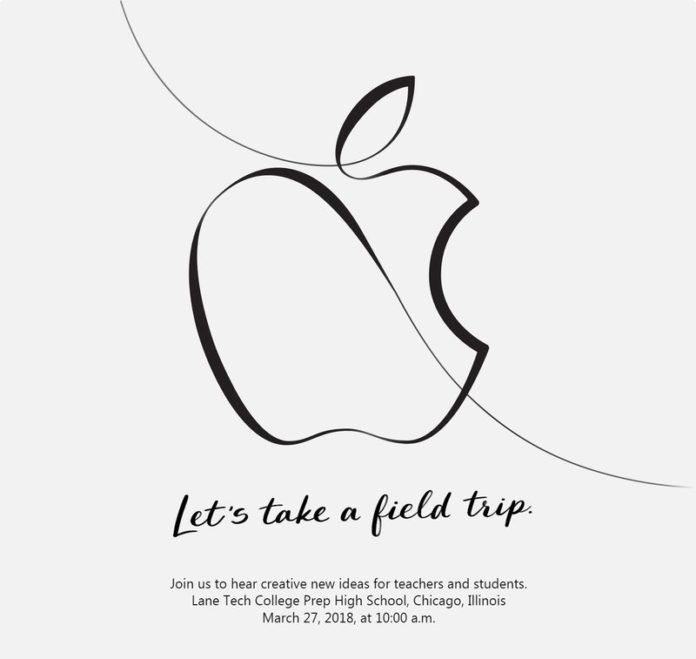 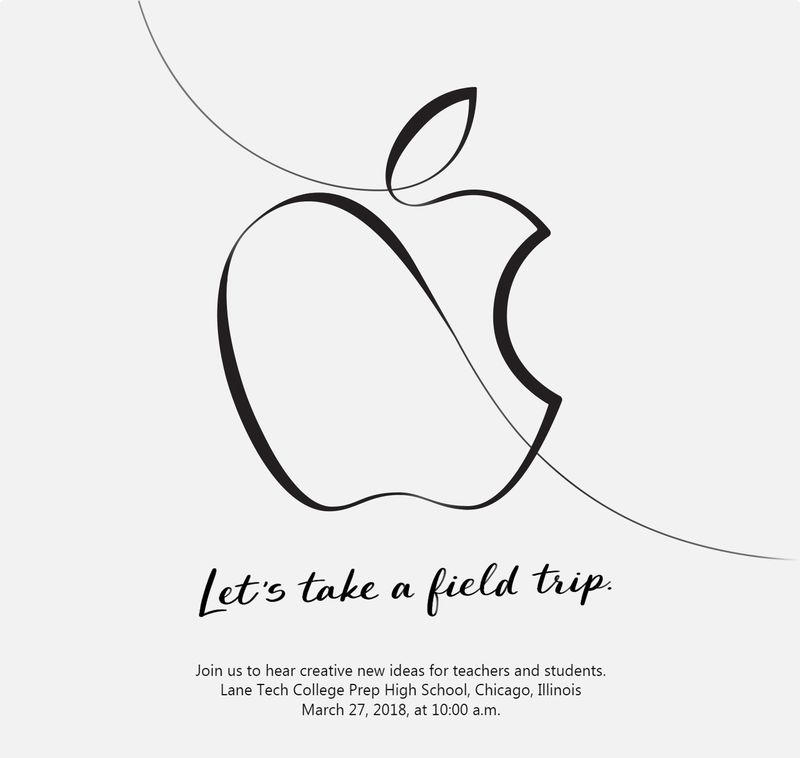 So, the Apple’s “Special” invitation now making its place in the inbox. Apple’s next event supposed to be held on March 27, 2018. The invitation was first spotted on the Bloomberg site. This time Apple is going to hold this event at Lane Tech College Prep High School in Chicago, Illinois, US.

Apple starts sending out the invitation contains the Apple logo and some text in the image says “Let’s Take A Field Trip.” For some obvious reasons, this is going to be the Apple’s first education-related event since 2012 which was held in the New York City. Apple is holding this event at school and definitely, they could be announcing something which will relate to the education system. After all, they have already mentioned in the image “Join us to hear creative new ideas for teachers and students.”

As of now, Apple is offering few of their services for the schools includes applications: Classroom and iTunes U. But the company has now something more to develop the education system going to unveil at this event. According to the Bloomberg report, it can be the electronic books with a new iBooks application. Furthermore, rumor suggests the company can also introduce their new budget 9.7-inch iPad at around $259. Also, there will be cheaper versions of MacBook Air. iPads and MacBooks will be based upon the education theme.

Talking about the last year, the company announced cheaper iPads to sell in bulk for the students at schools which were more affordable to purchase. So, this time Apple developing a similar strategy for the education system.