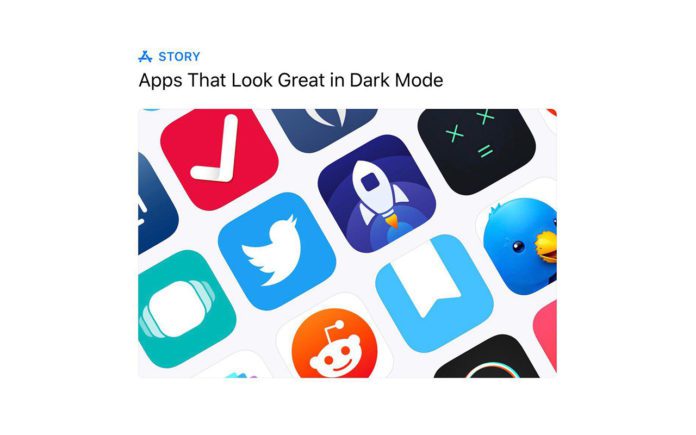 As we come near to Apple’s WWDC event where Apple will be unveiling its new generation operating system – iOS 13. Previously we went through 9to5Mac’s exclusive leaks which gives us a proper idea of what will be the new changes in upcoming iOS update. Apparently, iPhone/iPad users seem to be anticipated for the Dark Mode.

Today, some screenshots surfaced online which shows app list with a line “Apps That Look Great in Dark Mode”. FYI, Apple App Store makes groups of apps in the App Store and suggests to the user if they want to download. Apparently, the App Store has shown app list which supports Dark Mode. That means, of course, there will be Dark Mode in iOS 13.

It could be possible that the iPhone might be using a true black background which leaves better impressions on OLED display phones. It is also possible that Apple includes some more new wallpapers to comply with the dark mode enabled screen.