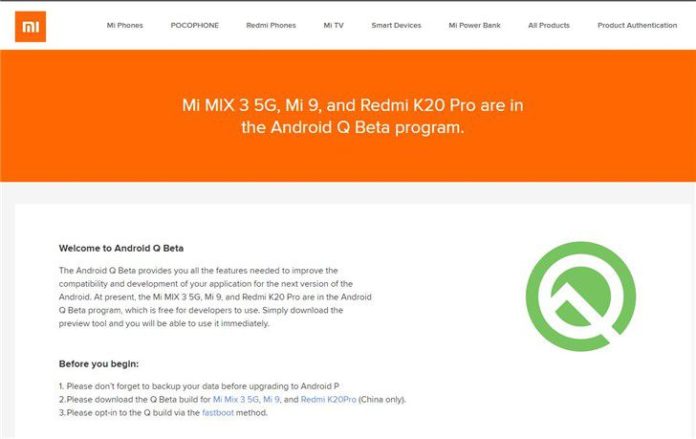 Earlier this week, Redmi finally announced its Redmi K20 Series smartphone at the event in China. Redmi K20 and Redmi K20 Pro offer great specifications at a very competitive price. The devices come with Android Pie based on MIUI 10 out the box and the first Android Q Beta is now available to download for Redmi K20 Pro users.

Redmi K20 Pro is only launched in China at this moment and that’s why Android Q Beta is only for China and doesn’t include Google Play Services. The Android Q Beta is also available for other Xiaomi devices like Xiaomi Mi9 and Xiaomi Mix 3 5G.

Since Android Q Beta ROM is in beta stage you may face some issue after flashing it on your device. However, If you want stable experience then we suggest you to use the Android Pie build for a while.

Well, If you don’t mind having the following bugs then you can download and flash manually on your Redmi K20 Pro device.