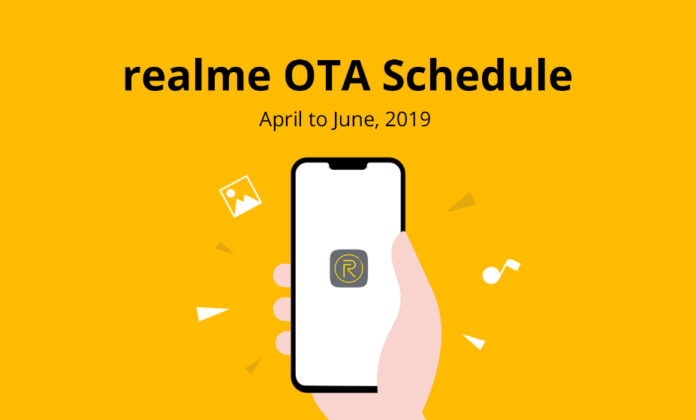 Oppo’s Sub-brand is really doing great with the updates. All the new Realme devices are getting regular security patch updates. While the majority of the devices are not yet updated to Android Pie, The company announced the Pie Update Schedule for Realme devices.

Realme 1, Realme 3 and Realme U1 will be updated to Android Security Patch April 2019. This update will bring minor changes to the device.

Update Plan in May:

Realme 2, Realme 2 Pro and Realme C1 will receive Android Security Patch Update of May 2019. Even this update will bring minor changes.

All the Realme devices will get Android Pie update in June 2019 so you still have to wait for at least 2 months. The update will be sent to the users in packets to it may take time to show in your device. Although, Update file will be added to their website so you can manually update your Android device without waiting for it to arrive on your device.

Realme 3 was launched last month running Android Pie based on ColorOS 6 so it will only receive Android Security Patch of April.

Realme will launch four new devices in this month which may include Realme 3 Pro, Realme C2, Realme Wireless Earphones, and Realme Powerbank. There is no official announcement yet so take this information as a pinch of salt. Make sure to stay tuned with us for future updates from the tech world.