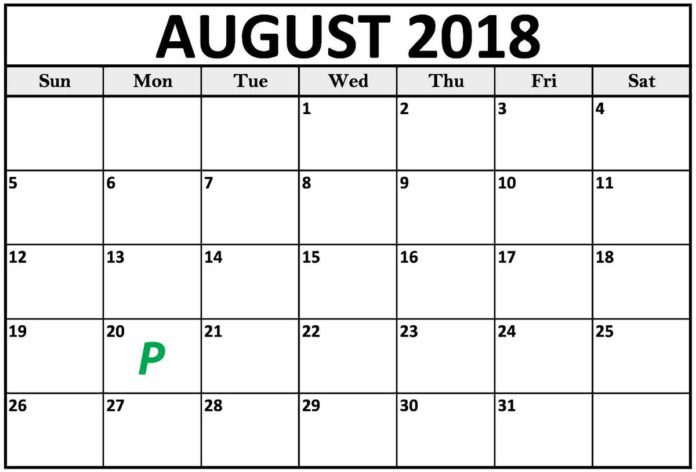 Evan Blass shared a photo on his twitter account, which indirectly says that Android P will release on August 20. Now the question is who is Evan Blass and why you should trust him?

Evan Blass, once known solely by his pen name @evleaks, is an American blogger, editor, and phone leaker. He gained international notoriety for a series of numerous smartphone and tablet leaks on Twitter, spanning the period July 2012 through August 2014, that made him a trusted source for many technology journalists.

Here is the photo that he shares,<

It’s just a simple calendar in which P is written on the date of 20th August. If Android P launches on August 20, There are chances that Pixel 3 and Pixel 3 XL will launch early. Last year pixel 2 lineup launched on 19th October. This time maybe it will launch in early October or Late September.

There is nothing confirmed yet, and we can’t guarantee if this news is true. Let’s take this news as a pinch of salt as of now. We will notify you as soon as we get to confirm the news on it.