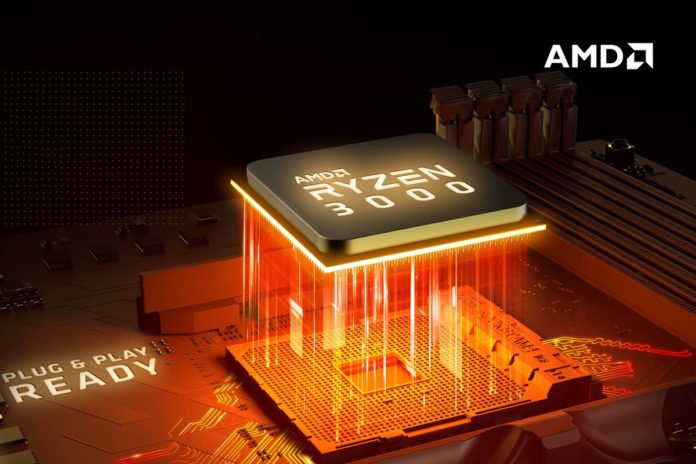 AMD Ryzen 3000 Series Processor was launched last month and it continues to break a record in terms of Benchmark and Pricing. The company shocked everyone with the pricing and the performance improvement it has to offer with the 3rd generation CPUs. AMD Ryzen 3rd generation performance improvement was possible with Impressive IPC Gain, Zen 2 Architecture, and TSMC’s 7nm node which is much more efficient compared to 12nm and 14nm nodes.

Now, just in case if you don’t know, approximately one month ago AMD announced their new Zen 2 microarchitecture. And later on a couple of days after, the AMD announced new processor Ryzen 9 3950X. It is the 16-core processor which can clock all the way up to 4.7GHz.

So, a new Geekbench listing excludes the option of AMD Ryzen 9 3950X. So, its a new processor for us coming to the market after two weeks. The geekbench listing reveals, the new Ryzen CPU packs freaking 16-cores, 32 thread processor which can clock on the base frequency of 3.3 GHz and can be overclocked all the way up to 5.2 GHz. The CPU manages to get 6714 in single-core and 64953 in multi-core.

From the past, we have seen AMD is giving a tough competition the Intell processors. The key point the price. Well, for cheaper price AMD is offering crushing performance through the processors. And as a result throughout one year of the span from April 2018 to May 2019, AMD gained 18.2% which was earlier 12.2%. While the Intel is covering 81.8% of market share.

AMD Ryzen 5 3600 only cost $199. And I guess you might know about the results. AMD Ryzen 5 3600 will compete with the Intel Core i5 CPUs and as we already know it’s much faster than Intel’s Core i5 Processor. The recent Cinebench R15 score confirms that it even surpasses Intel Core i7-9700K Processor in Single Threaded score.

It’s good to see how AMD is pushing its CPU market by providing very powerful CPUs at a cheaper price. Do let us know what you prefer!