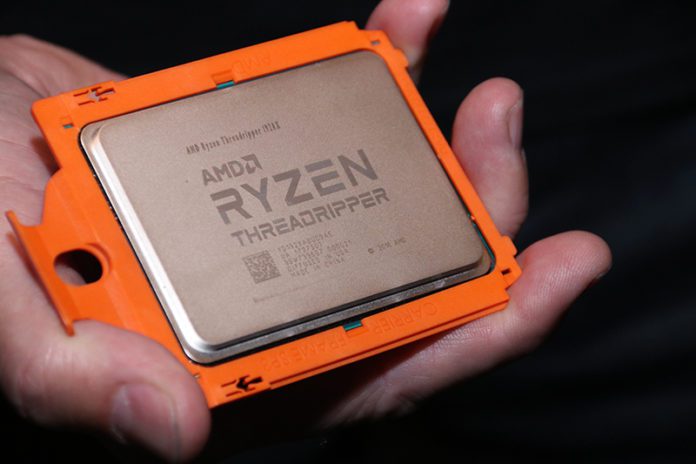 AMD has plans to give a tough competition to the Intel in upcoming days. This is what appears after taking a look at the company’s plans. AMD is working hard on offering the ultimate high-speed performance with its value for money product. So, here comes a new Threadripper CPU which would come in the fourth quarter of 2019.

If you CPU enthusiast then you would probably never sit down after this news. Because AMD has not done with the Threadripper CPU. The current one AMD Threadripper CPU rocking in the market can reach max out 32-cores. It is AMD’s largest HEDT processor which is known as W2990X. Well, a new 64-core/128-thread version could make a debut in the fourth quarter of this year.

Source suggests that the new 64-core AMD processor is named as X599. The same named processor is also available in the Intel’s library. So, AMD could change the name during its official launch to avoid the confusion between the processors. So, the name is not confirmed yet. But, the sources told that AMD would stick with the ’99’ suffix the end.

Furthermore, the company might switch to the advanced manufacturing process. There isn’t any clue which can confirm whether it will be manufactured using the 14nm processor 7nm. Most probably it would be 14nm. But who knows. Maybe during the official launch, AMD will give surprise to all. FYI, during the recent ComputeX 2019 event, AMD took off the curtains from its 7nm manufacturing process. This could be a final hint for us.

Now, this could be pretty exciting news for all the enthusiast out there. It would fit with your niche and expectations to power up your workflow. Although, it appears AMD has categorized this upcoming CPU for professionals than enthusiast people. The new 64-core AMD Threadripper CPU will get price tag around $2500 to $3000. So, of course, this new processor will be the great fit for the server setups and for professional applications.