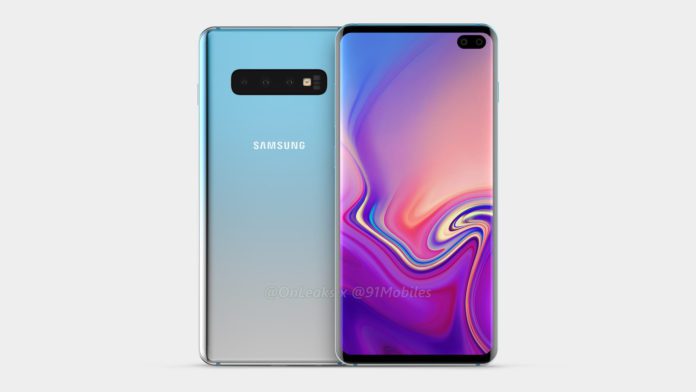 We know some juicy information of Galaxy S10 lineup. And if you keep yourself updated with the latest leaks, you might definitely know almost everything. It seems the South Korean giant is all into its upcoming flagship lineup Galaxy S10 and there is no doubt, the company is trying to implement each and every small feature. Unlike a tradition S lineup, this time company has plans to introduce four new devices: Galaxy S10 Lite, Galaxy S10, Galaxy S10 Plus, and 5G Galaxy S10.

Earlier this year at the Developer conference, the company has introduced some new tech in the display department. And one of its example we already have seen in case of the Galaxy A8s which features Infinity-O display. The Galaxy S10 Plus this time will debut with Infinity-O display having dual camera setup on the front side. A popular tipster Ice Universe made a tweet recently on tweeter in which he clearly mentions that this time the data is accurate. So, by judging his leaks until now, this leads us to think about the Galaxy S10 Plus design.

If you just recall the previously made Evan Blass’s renders of S10 Plus device, the design looks almost similar. However, still we are in the dark of it’s a rear design which said to have triple camera setup but thanks to tipsters, we now have front design ideas. Using this data, graphic designers should have started work on this device’s design. So, we might see some new renders on the web early. But the advice you to keep yourself connected with us by joining out Telegram channel.

This is the Galaxy S10+ screen cover, its data is accurate, if you like to draw a rendering, you can make it according to it. pic.twitter.com/IwysyZIxh4

Do you know that the camera hole will have a special effect around it?

Yesterday, XDA Developers found a new report where they suggest that all Galaxy S10 devices will feature a special lighting effect around the camera hole. The reason is simple. Samsung going to provide the OLED display. And there can be some cases where the user cannot recognize the camera hole while taking selfies. Samsung will add around the lightning effect that will pop up around the hole. You can find more on this previous article.