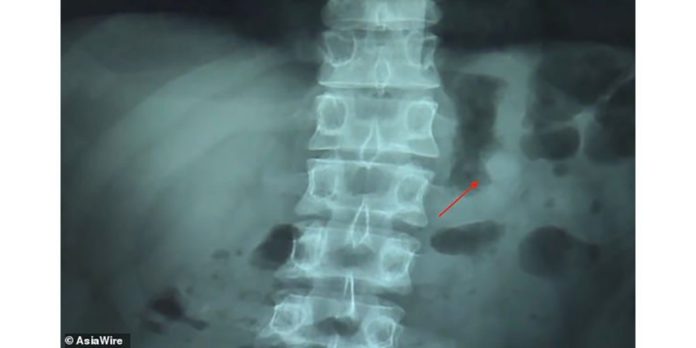 Apple’s AirPods can be a revolutionary piece of tech after an accident came in light today. Well, don’t take my words seriously. A Taiwanese man swallowed his Apple AirPod by mistake and he found that it still worked even when it was in his stomach.

Seriously! I am also shocked. I mean how one can swallow an AirPod. But as per Daily Mail reports, AirPod just went in his stomach accidentally. And there is medical evidence that he managed it.

When he swallowed an AirPod he went to a hospital where he got an X-ray. It confirmed the exact location of AirPod. He was told that it would be good if this problem solved naturally by itself. Otherwise, surgery would another plan to carry out the AirPod. Although, he denies and stays on Plan A.

And as reported, it did work. I am not going into details. But after washing and drying AirPod, it still worked.

“Ben Hsu fell asleep with the pair of wireless headphones still in his ears but woke up unable to find one of them. Using an iPhone tracking feature he discovered the device was still in his room and heard its beeping sound following him around.”

He said, “I checked under my blanket and looked around but couldn’t find it – then I realized the sound was coming from my stomach.”

‘The battery was still at 41 percent! It was incredible,’ he said, calling his experience with the Apple product ‘magical’.

I guess this level of waterproofing is pretty decent for AirPods. Apple introduced its first AirPods almost three years ago. But Apple is still struggling in selling them. Let me know what do you think about this incident.