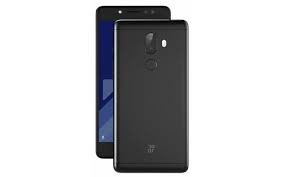 The Chinese smartphone company 10.or also pronounced as Tenor launched their first smartphone in India on September 2017. 10.or E and 10.or G is the device company launched in India and got a mixed response. And Now, Company is working on a successor of the 10.or G device. 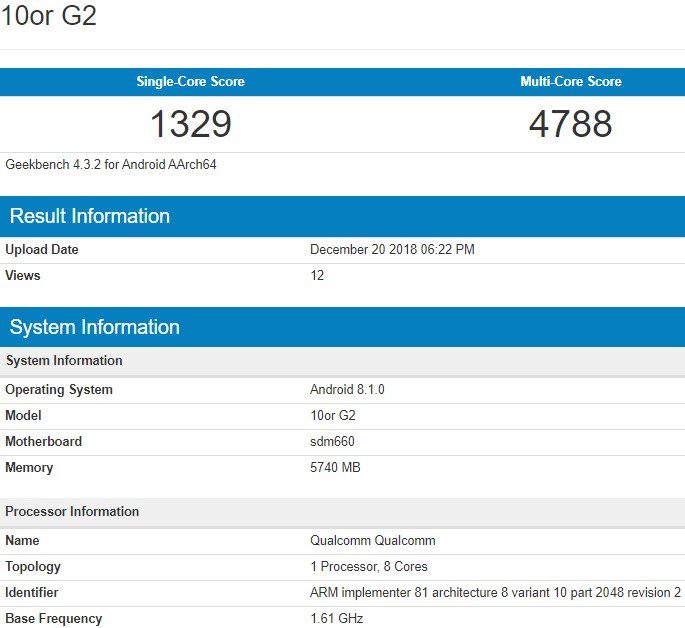 Tenor G2 recently appeared on a famous benchmarking website Geekbench. It confirms the key specifications of the device. According to the Geekbench, the device will be powered by Snapdragon 660 processor coupled with 6GB of RAM and It runs on Android 8.1 Oreo. The smartphone also scored 1329 and 4728 in single core and multicore score respectively.

The device is definitely a successor of the Tenor G as it upgrades the specs like processor and RAM. Tenor G was powered by Snapdragon 626 and came in two variant 3GB RAM and 4GB RAM. It’s good to see that the company is adding a 6GB RAM variant in their upcoming device.

10.or G2 might come with the 18:9 or 18.5:9 aspect ratio with the notch at the top and as this is budget device it will have FHD+ display. The device will have a dual rear camera with some improvements over their predecessor.